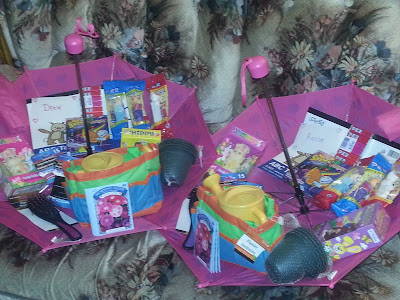 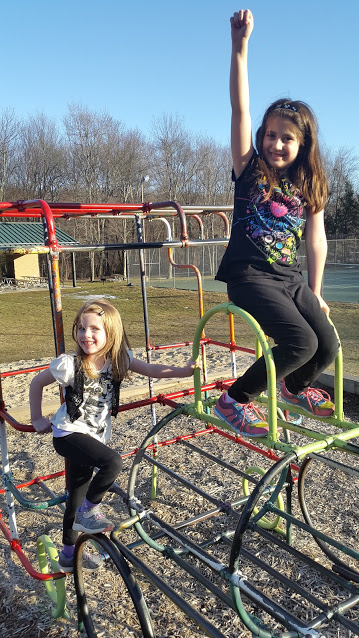 Monday Motivation- Keep Your Focus on Where You're Heading I love taking strolls down memory lane and reminiscing about the "good old days". Sometimes, thinking about the past can be somewhat problematic though.
When we look back and get trapped thinking about all the "what ifs", we tend to forget that God has a plan, and it is far greater than anything we could imagine for ourselves. We need to keep our focus on where we are heading, not where we have already been.

Hope you have a great Monday!

Email ThisBlogThis!Share to TwitterShare to FacebookShare to Pinterest
Labels: #BeautyRepV, bblogger, Monday Motivation, The Path Ahead 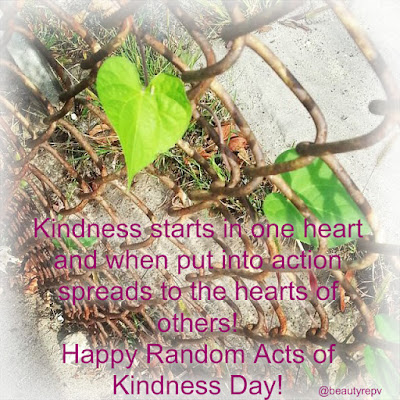 Wordless Wednesday- This is *MY* Boss Life 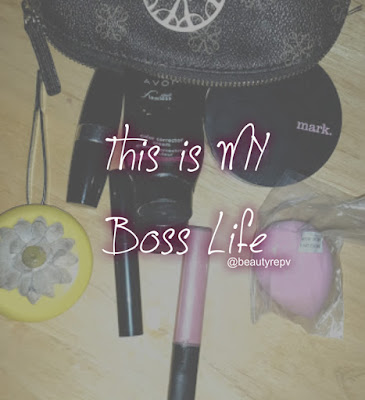 There's no doubt about it, running a direct sales business (or any business for that matter) is hard work. However, I continue to work my business not only because I love the products, I love the flexibility in my schedule to do things like.... 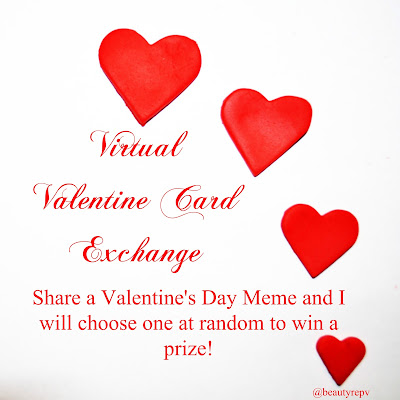 Today I am running a "Virtual Valentine Card Exchange" here and on my Facebook, Twitter, and Instagram pages. All you have to do is leave a comment with a fun Valentine's Day meme and I will select a winner from each page (4 winners total)!

Monday Motivation- Live the Life You Have Imagined 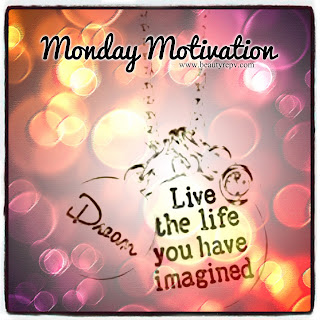 Happy Monday! Last night I was submitting my (local) customer orders to Avon, and as usual I was browsing the "sneak peek" brochure that representatives get, to see what will be coming to Avon.

I came across a sweet necklace (coming in campaign 7) with a beautiful message to "live the life you have imagined". I truly believe that our dreams are little nudges from God, reminding us that He is with us and, when we allow Him to work within us, He will lead us to achieve what we have only dreamed of. 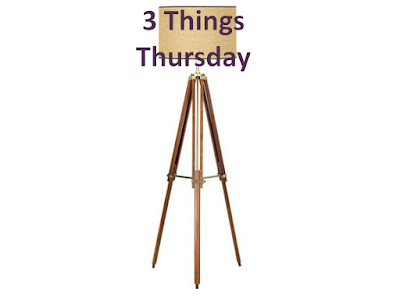 It's a snowy day here in Connecticut. We're expecting anywhere from 8-15 inches of snow and as much as I enjoy snow days, I am already feeling a little "cabin feverish".

I haven't received any new questions since last week, so today I'm just going to share my 3 favorite products from the current Avon brochure.

3. Avon Prima Eau de Parfum
One of my favorite Avon fragrances, Prima is a floral-chypre fragrance with notes of plum, tangy bergamot, rose, clearwood, oak moss, and patchouli. I have gotten many compliments on this when I wear it.

Have you seen the current Avon Brochures? I'd love to hear what has caught your eye, so be sure to leave a comment below. If you are looking for an Avon representative, please fill out the "Contact Form" on the right and I'll happily help you! 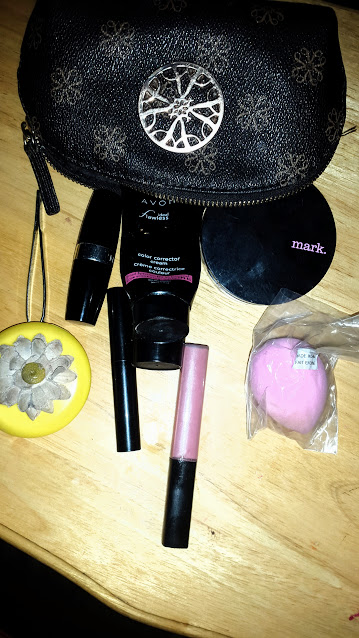 In case you were wondering, these are the items you will find in my (AVON)  makeup bag
(from left to right):

I'd love to hear what's in your makeup bag, so be sure to leave a comment below!

The Anew Clean Cleansing Brush is an amazing beauty tool to have in your collection, and in the Campaign 5 brochure it is on sale for just $24.99! The vibrating brush cleanses 5x better (based on a clinical study) than cleansing by hand and, based on my personal experience, leaves your skin feeling so soft and smooth.

Be sure to check out the Anew Clean Cleansers, they are also currently on sale and will have you looking forward to your morning and afternoon skin care routines! In fact, our Anew Clean Refining Daily Scrub just made Glamour's list of  10 Best Face Scrubs.

How many times a week do you tell yourself you'll start a project and then by the end of the week, that same project is just sitting there waiting for you?

For longer than I care to admit, I've been aiming to clean off our dining room table. I have the best intentions, but just looking at the mess overwhelms me and I make an excuse and convince myself that I'll get to it another time. It's like that with a lot of spaces in my home, but last week I was on a webinar, and was inspired to take action.

Today, I have started cleaning the dining room and I can see a great deal of the table after just a short time dedicated to removing things from the area and finding out where they belong. I have found that  much of the mess comes from all of the "stuff" that comes into the house without having a proper place to store it. This house needs some organization.

I'm not too sure I have found a place for everything yet, but I'm glad that I took the action to get the table cleared off. With the clutter being removed, my mind feels a little less chaotic and we'll have the room to actually use the table for things like art projects, homework, and eating meals!

Fundraising Friday- My Daughter's in the School Play!

This school year my oldest daughter decided to try out for the school play. The school is performing Aladdin Jr. and D was cast in a role as a "Townsperson". She has been putting in such a strong effort, staying after school 3-4 days a week for rehearsals, and recently she picked up a second role and will also be playing a "Prince" in the play!

Due to a cut in funding, there is an immediate need for roughly $2000. The money will be used to buy costumes, props, backdrops, and other miscellaneous needs for the play to go on. D and her peers have been rehearsing since October, and it would be devastating for them to have worked so hard only to have to play get canceled.

I am conducting a fundraiser and will donate 50% of the proceeds to the play. Please look at the flyers below and use the contact form on the right to send me your order. I will be taking orders through February 10th. Invoices will be e-mailed via PayPal as soon as your order is received. Orders will be shipped out beginning Friday February 17th.

If you'd prefer to just donate to the school's play fund directly, please visit the GoFundMePage created by the director of the school play.

Happy Thursday everyone! It's 3 Things Thursday, where I'll be answering 3 questions. Today's questions are some that have been posed to me a few times over the years, but I'd love to answer your questions too. If you'd like to leave a comment or submit a question via the contact form, I'll pick a few to answer next Thursday.

1. What made you decide to start selling Avon?
My (oldest) daughter had just turned a year old and I was looking for a way to continue staying home with her. There are so many great companies out there, but because my Gram was a "helper" when I was younger. I was familiar with the company and had been using some of the products since I was a pre-teen. The cost to start an Avon business was (and still is) one of the most "wallet friendly", so that also helped.

2. What is your favorite Avon product?
Honestly, it depends on my mood. Overall, our shower gels and lipsticks have consistently made my "favorites list".

3. What is your best Avon memory?
Hands down, my favorite memory was attending the 130th Avon Anniversary Tour in Suffern, NY. I got to meet and talk to some of the top earners in the company, I heard some wonderful testimonies from representatives on how much Avon had changed their life for the better, and I got to meet Scott White, the CEO!

How great are these "Loads of Love" Dishtowels? I bought a set for my kitchen, even though I have an abundance of dishtowels. These would make a cute gift for Valentine's Day if your sweetheart enjoys spending time in the kitchen.

I am so excited about the products featured in the most recent Avon Living brochure. We live in a smaller house and I need all of the organizing tools I can get my hands on. This brochure is full of useful products that I can (and will) put to use in my own home.

I have the Retractable Rail with "S" hooks ready to go. I was thinking about using it to organize my coffee nook, but there are so many possibilities, I might just end up ordering a few more for around the kitchen.

I have also ordered the Wire Organizing Baskets to use in the kitchen. I love the way these look and the fact that they can be attached to the rail or screwed into the wall. These would be great to hold k-cups or onions in one and potatoes in the other.

Be sure to check out the recent Avon Living Brochure if you are interested in bringing some organization to your home this year!